Taylor Park school was built in 2005 as an annex to Stride Elementary. It was originally designed to be as environmentally conscious as possible. In 2011, pod three was added with a focus of providing an enivronment that was calm and supportive for early primary students. The center of pod three includes furniture that is designed specifically for this purpose. The opening year had 120 students  from kindergarten to grade three attending. The school now has about 630 students from kindergarten to grade 7.

From the early 1900’s until the late 1980’s this land was known as the Stride Avenue Landfill. An extensive remediation program has since transformed the land surrounding the school into parkland.

Taylor Park was named after the Taylor Family who moved to Burnaby in the late 1930’s from Winnipeg. The Taylors were an integral part in weaving the fabric of our community, specifically in the area of youth sports. Mr. Taylor coached and managed soccer teams. His sons followed in their father’s footsteps, and contributed to youth sport throughout their lives in a number of capacities from players to coaches, managers and referees. In the 1960’s, the Taylors help to start one of the first young women’s soccer leagues in the Lower Mainland.

City of Burnaby – The History of Taylor Park. 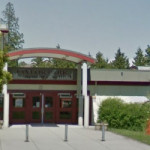 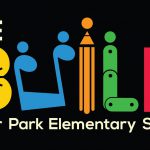 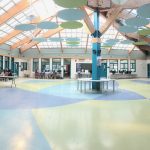